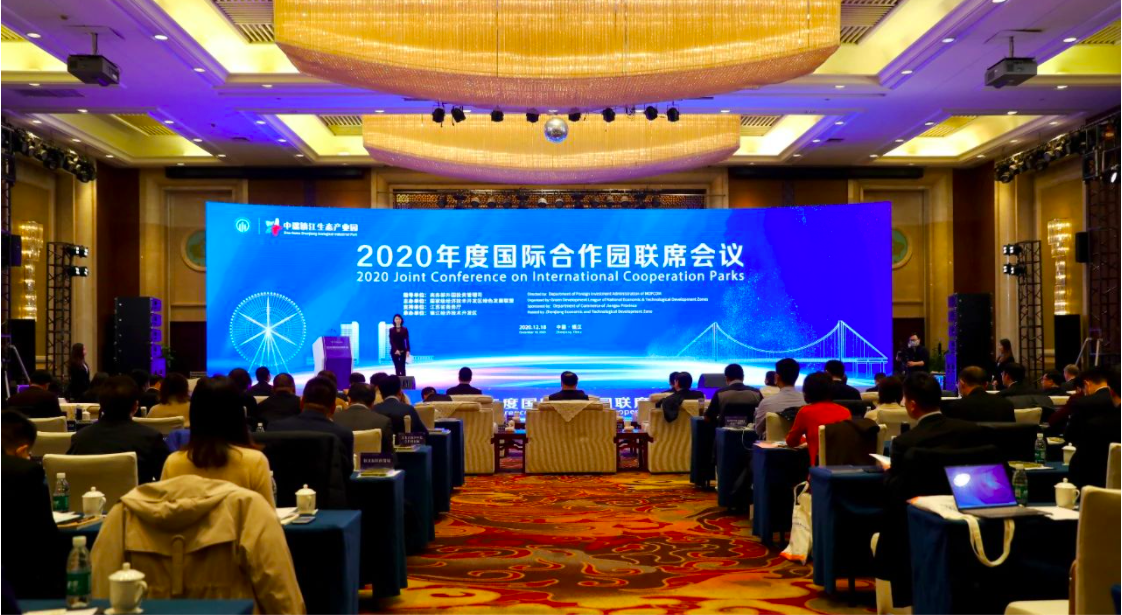 An inventory of the construction of international cooperation parks

In recent years, provinces such as Jiangsu Province, Zhejiang Province, Shandong Province and Guangdong Province have focused on building a number of international cooperation parks with a high degree of openness, high industrial level, strong innovation capacity, good service efficiency and a certain degree of popularity at home and abroad. By the end of 2019, 19 international industrial cooperation parks in Zhejiang Province had introduced more than 400 projects with a total investment of more than US$8 billion in corresponding cooperation countries. The Sino-German (Taicang) Cooperation and Innovation Demonstration Zone in Jiangsu Province have gathered more than 300 German-invested enterprises and become the first "Sino-German SME Cooperation Demonstration Zone" in China. The Sino-German Eco-Park in Qingdao, Shandong Province, has completed a total investment of RMB 62 billion in fixed assets, with actual foreign investment of US$740 million and domestic capital of RMB 14 billion, and six Fortune 500 companies, 25 "invisible champions" and more than 1,000 enterprises have settled in the park. The Master Development Plan of the Knowledge City (2020-2035)", which sets higher requirements for the Knowledge City to serve better the needs of the "Belt and Road" construction and the high-quality development of the Guangdong-Hong Kong-Macao Greater Bay Area.

Reform and opening-up is fundamental to the double-cycle pattern

Cui Fan, Director of the Hainan Research Institute of the University of International Business and Economics, Professor and Doctoral Tutor of the School of International Business and Economics, delivered a keynote speech entitled "Analysis of the global economic situation and China's foreign trade situation in the post-epidemic era". He pointed out that China's competitive advantage is shifting from cheap labour as the main source of advantage to huge domestic demand as the main source of advantage. The Fifth Plenary Session of the 19th CPC Central Committee proposed to speed up the construction of a new development pattern with a major domestic cycle and a dual domestic and international cycle to promote each other. There is a need to reconceptualise external and domestic demand in this context. While external and domestic demand is substituted for each other in the short term, external and domestic demand are also mutually reinforcing. A large domestic market can provide a competitive advantage for exports. The root of the internal cycle lies in supply-side structural reform, while the root of the external cycle lies in institutional openness.

During the conference, Michael Schumann, Chairman of the Board of Directors of the German Federal Economic Development and Trade Association, Frank Sizun, Commercial Counsellor of the French Embassy in China, and Kawakazu, Director of the Japan-China Economic Association Beijing Office, spoke via video and shared their views on the main needs, special industries and channel resources of Germany, France, and Japan in terms of economic and trade cooperation with China. The Director of the Japan-China Economic Association Beijing Office, Mr Kawai, mentioned that China and Japan could cooperate in many areas such as energy-saving and environment-friendly city construction, as well as joint development of third-party markets. Frank Sizun, Commercial Counsellor of the French Embassy in Beijing, also highlighted China's "2060 carbon neutrality" commitment, in which France will also promote more cooperation with the Chinese government and companies in the energy and environmental sectors. Marcus Wassmuth, Director of Business Services at the German Chamber of Commerce in Shanghai, and Kim Kyung-ho, Director of Investment at the Japan External Trade Organization (JETRO) in Beijing, gave an insight into the investment opportunities between China and Germany, China and Japan respectively, as well as the concerns of foreign companies when investing in overseas R&D in the post-epidemic era, the open innovation model of turning issues into business opportunities, and the different demands for cooperation between SMEs and large companies. Director Kim Kyung-ho also gave a detailed introduction to the business environment in Japan and the business accelerators in Japan.

Since the Foreign Investment Law implementation on January 1, 2020, the international cooperation parks have been "making moves" to create an international and high-level business environment. The participating parks shared their special preferential policies and innovative cooperation mechanisms in investment, technology, talent and intellectual property protection for their respective partner countries. In addition, each participating park prepared a "park characteristics file" for the conference, including the park's characteristic labels, leading industries, representative enterprises and preferential policies for attracting investment. For example, the Sino-Japanese Pinghu Industrial Cooperation Park - the closest cluster of Japanese enterprises to Shanghai; the Sino-German (Pujiang) SME Cooperation Zone - a benchmark for Sino-German cooperation and a charming new city in the river valley; and the Qingdao Sino-German Ecological Park - an idyllic environment, green development and attractive investment policies. The Sino-German Ecological Park in Qingdao is an idyllic environment, green development and good living; the Sino-Singapore Guangzhou Knowledge City is a new highland for knowledge creation, a free port for international talents, a source of sources of innovation in the Bay Area and a demonstration zone for open cooperation.

In his concluding remarks, Deputy Director Liang Meixia of the European Department of the Ministry of Commerce pointed out that some international cooperation parks face problems such as poor channels, homogeneous competition, capital pressure and bottlenecks in resource factors. Under the new situation, international cooperation parks should start from the perspective of safeguarding the stability of the industrial chain supply chain and promoting synergistic regional development, clearly positioning themselves, highlighting their characteristics and strengthening industrial clusters.

Guo Qiang, Director of Asia Department of the Ministry of Commerce, said that economic and trade cooperation is the "ballast" and "propeller" of Sino-Japanese relations. Japan is an important scientific and technological power and innovation power globally. The innovative cooperation in the International Cooperation Park will achieve the full complementation and perfect integration of China's advantages in the large-scale market and Japan's advantages in high-end industrial manufacturing.

A “carbon neutrality" ceremony was held at the end of the conference. The GPIPC Secretariat neutralised and offset the 9 tons of carbon dioxide produced by the conference, which drew a successful conclusion to the conference. 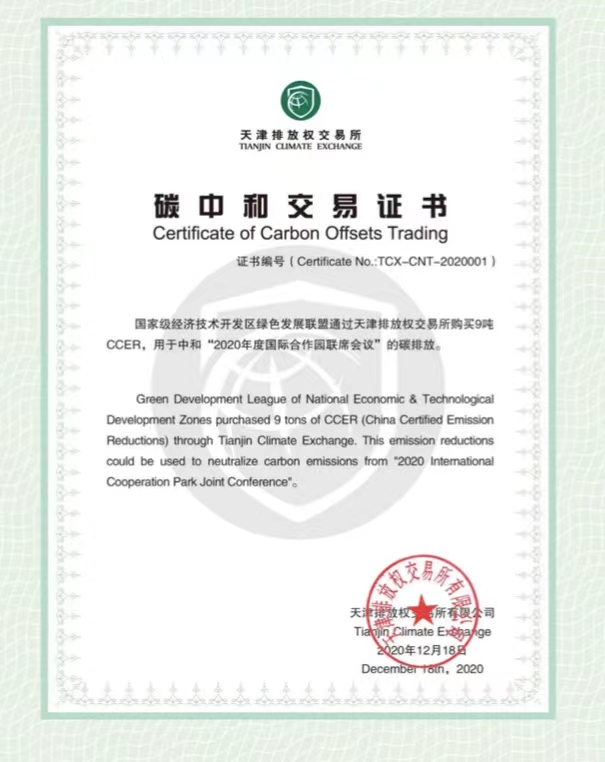 This year is a key year for planning the start of the 14th Five-Year Plan. "The outline of the 14th Five-Year Plan points out that it is necessary to base on a large domestic cycle, give full play to comparative advantages, promote the construction of a strong domestic market and a strong trade country, attract global resource elements with a large domestic cycle, make full use of both domestic and international markets and resources, and actively promote the coordinated development of domestic and external demand, imports and exports, and the introduction of foreign investment and outward investment. The International Cooperation Park Joint Conference has become a major forum for developing international cooperation parks. The International Cooperation Park Joint Conference has become an important platform for national and provincial development zones to discuss the new development of international cooperation, plan a new chapter of the "double-cycle" pattern, and develop new channels for attracting investment. 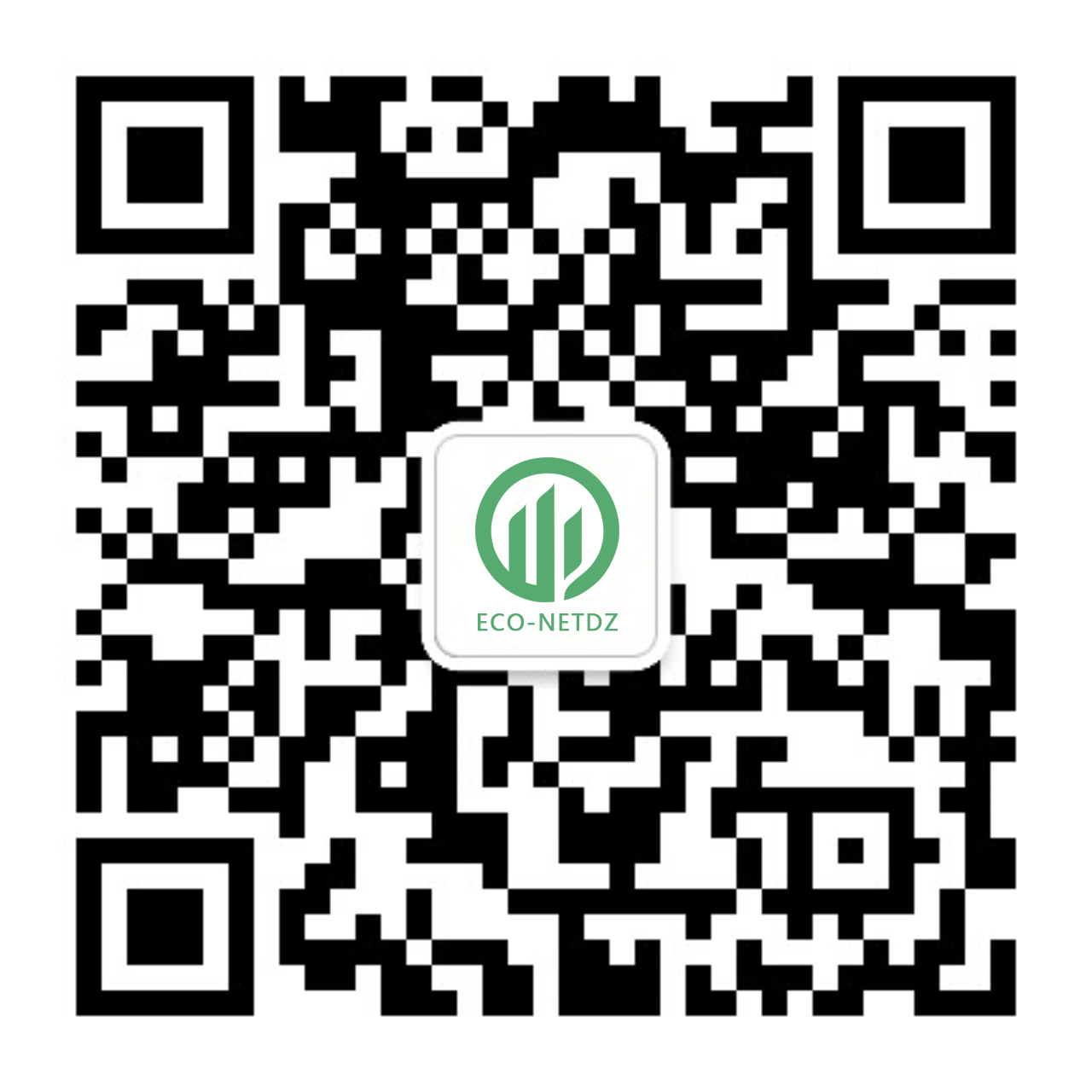